The grades for the University Entrance Exams this year have been announced. The results provided by the College Entrance Examination Center show that of all the subjects in the exam, the grades for the English section were the lowest. Nearly 5,000 of the examinees scored zero in English composition, and more than 20,000 got the same grade in translation.

As before, I graded the non-multiple choice sections, evaluating the tests of 1,800 students from all over the country during four days of work from 8am to 8pm. It was exhausting to say the least. Countless poorly written examination papers passed through my hands, and although I was horrified by the results, they didn't surprise me.

The non-multiple choice portions of the English section of the exam covered the usual Chinese-to-English translation and composition. The number of blank answer sheets this year was as high as usual -- about 10 percent of all exams and, for some exam venues, even rising to 30 percent or 40 percent.

Of the answer sheets that weren't blank, it was apparent a lot of students had given up on the translation section. Perhaps the topics were too difficult, or maybe the students were nervous, short on time, or didn't know where to start; or perhaps they were aiming for the highest return on their efforts and gave priority to the composition section, for which they could earn more points.

The fact is if the students had just tried to translate parts of the section, they could still have earned some points. The examiners award points where they can if the examinees make an effort to fill in everything, even if they simplify the vocabulary or change the structure of a sentence.

However, if a student hands in a blank answer sheet, and doesn't even make an attempt at the translation section, we have nothing to work with, no matter how much we would like to help.

This is much like interacting with a person in a foreign language. If you don't say a word and just stand there mutely, the other person has no way of knowing what you mean. But if you open your mouth and speak, there is communication. Even if your pronunciation is off, or your grammar is incorrect, or you use the wrong word, the other person can use what you do say to guess your meaning.

In the end, this is what communicating in a foreign language is about. Similarly, if the translation or composition section is left blank, there is no hope for the student to get any points at all. Only if the students put their pens to paper and write do they have a chance.

This year's assignment for the English composition section was to imagine a world without electricity and explain why it would be good or bad. Most of the students wrote about how without electricity they would not be able to watch television or movies or play video games, there would be no air conditioning or electric fans, and they would have nothing to do in the evening but go to bed early.

Students who filled in this section had their own opinions about the subject -- good or bad. We respected all these opinions in grading their compositions, and whether we agreed or not did not affect our grading. This seemed to be an assignment that students could do well in, yet only about one in 100 wrote a really good composition.

This year there were students who earned the full 20 points for this section, but the highest I awarded was 19 points. This high-achieving student wrote about how we would lose everything we took for granted if there were no electricity and how that would make us appreciate the real meaning of life. The student's use of words was concise, and the sentence structure and grammar weren't overly showy. The content of the composition had substance, the narration was clear and the whole essay was almost philosophical. The one point I subtracted was for some minor spelling mistakes, and the ending seemed a bit hurried.

As to the translation section, which counted for eight points, the students had to translate from Chinese into English sentences such as: "The fast development of public transport has gradually reduced the distance between city and country" and "With the high speed railway, we can go from the north to the south of Taiwan and back in half a day."

The types of grammatical mistakes seen were the same as last year -- those few deep-rooted problems that are difficult to correct, such as spelling long or difficult words. However, the misspelling of words that should be in the basic vocabulary of an elementary or junior high school student astounded me.

In the first sentence "public" or "mass" were both good translations for "public transport," but on the exam sheets we often saw "mess" and "republic," "poblic," or "politic."

"Distance" was often written as "distence," "disdance," "distense" and even "instance." "Railway" could also be translated as either "rail" or "railroad," but many students translated it literally from the Chinese as "iron way."

Even Taiwan, the country where these students were born and raised, was not spared. Seeing "Taiwen," "Taiwai," "Tawain, "Tiawan," "Taiwei," "Taiwa," "Tawan," "Tiawin" and "Twain" made us graders frown and sigh in desperation.

With so many students unable to spell "Taiwan," the various grotesque mistakes that were made in the words "south" and "north" didn't come as a surprise.

There were all kinds of strange spellings for "south," like "soth," "sorth," "soulth," "sounth," "soath" and "sourth," but the different spellings of "north" weren't any less unconventional, with renditions like "noth," "nouth," "nourth," "nerth" and "nort," and even a lot of misspelled "east" and "west" could be seen.

This large amount of errors from students who seem to be completely clueless about English spelling is there for all to see. Why are the English spelling skills of Taiwanese students so bad? Even worse, students' English ability may be only the tip of an iceberg of problems.

In this era of globalization, this lack of English ability among high school students is worrying. Perhaps it's time to investigate the root of the problems in the English educational system.

Hugo Tseng is an associate professor of English at Soochow University and secretary-general of the Taiwanese Association for Translation and Interpretation.

然而第一大題詞彙的第九題卻出現了明顯的疏漏。An honest person is faithful to his promise. Once he makes a commitment, he will not go back on his own word. 在這個句子裡，用性別中性的 person 來表示「人」，原本是件令人肯定之舉，卻被後面四個陽性的 he 和 his 所破壞，令人扼腕。 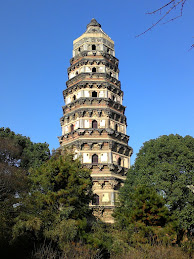